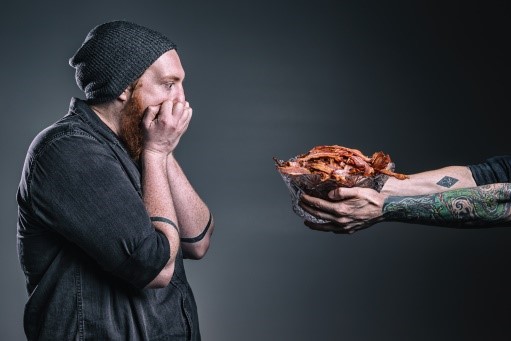 This company president increased her bottom line by having someone’s back.

A great improv ensemble works well because they have each other’s backs.  It’s a “gift” they give each other. If you say something stupid or screw up on stage, your ensemble will turn it into creative genius.  The audience will think you are a rock star instead of a failure.

Does this work in business?  We are all so busy trying to cover our own backs; who has time to cover someone else’s?  That’s why we call it a “gift.”  It is NOT easier, but in the end, it makes EVERYONE more successful.  After running a workshop at a manufacturing conference, I facilitated a round table discussion with 6 people.  The topic was “What was the best business idea anyone ever gave you?”  One president’s idea had us all welled up!

She had been trying everything to increase the company’s bottom-line, but nothing was working.  She talked to a friend about her dilemma and he suggested she focus on her employees.

“You have such a nurturing spirit, why not focus it on your team?  That will increase your bottom line more than you can imagine.”

She picked one employee to start with. He was a bright and sunny person who always arrived at work with a smile. She spent some time getting to know him and soon found out that his wife, a 26-year-old, was about to be deported. They had two very young children. She quickly helped him find a lawyer, lent him the money to pay for the legal costs, and they were able to put a stop to the deportation.

She became a hero; lo and behold, the bottom line began increasing! Her employees WANTED her to be successful because they saw she had their backs.

As she told the story, tears were streaming down her cheeks, and she had to stop to take a breath.  Clearly, she had made a difference with her employees!

Contact ImprovTalk to see how we can help your team have each other’s backs.