Diversity & Inclusion: A View from the Mound 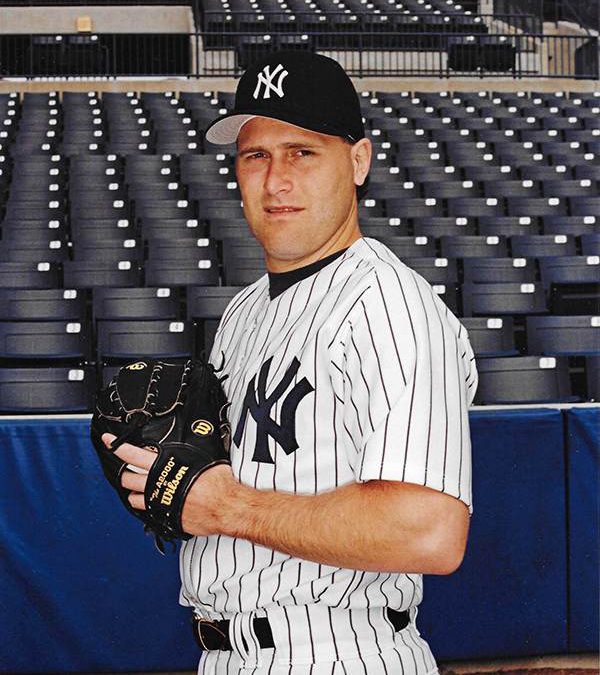 “Creating a culture where people feel safe enough to stretch and grow their strengths, helps everyone on the team be more innovative and successful. True in baseball and true in business.” Jim Mecir

Sticks and Stones
He was called “Pegga” by his friends on his high school baseball team—short for “peg leg”. Jim Mecir was born with a club foot. Still, he became one of the best baseball players on the team.

Jim says he appreciated the nickname. What?

“I liked that they felt comfortable enough around me to call me that. It meant they accepted me for who I was and didn’t want to change me,” says Jim, who played professional baseball for 15 years. “So often, people would see my small calf or see me limp and make judgments about me, assuming that I was less capable.”

Jim doesn’t recommend name-calling, of course, but he does have suggestions on how to better deal with diversity.

Don’t Try to FIX Me—Listen!
Jim spent much of his life overcoming the challenges presented by his club foot. “Some coaches tried to change me into something I couldn’t be. I couldn’t throw many ‘normal’ pitches properly and they would try to make me work on them. They tried to improve on my weaknesses instead of improving on my strengths.”

When he played for a college team in Florida, the coach, Rich Folkers, actually listened to what Jim said he could and could not do. As Jim says, “He figured out my strengths and helped me build on them and threw out what I couldn’t do. That was huge for me. That coach understood that my body wasn’t capable of throwing the way other pitchers did, so he helped me to discover better ways for ME to pitch.”

Step Out of Your Box
One of the pitches Rich Folkers taught Jim was a very rare pitch called the screwball. “He understood my need to develop diverse pitches and taught me the screwball. Not many pitchers ever pursue it because it is very difficult to pull off. But he believed I was capable enough and really encouraged me to step outside of the box.” It worked. To this day, people still remember Jim Mecir’s infamous screwball!

Because that coach helped Jim build on his strengths instead of trying to fix him, he was drafted into professional baseball during his junior year of college. Jim went on to earn a World Series ring with the NY Yankees and was a member of the Oakland A’s famed “Moneyball” team (featured in both a best-selling book and movie).

“All too often, we assume that the way we do things is the best approach and, therefore, must be for everyone else too. But of course, someone else’s strengths may be completely different from our own.” Jim Mecir

Team Culture Counts
Jim played for the Tampa Bay Devil Rays from 1998 to 2000. His manager, Larry Rothschild, also believed in him. “He made sure I knew I belonged on that team, so I was free to take risks and experiment with my pitches. I wasn’t afraid to fail. He created a culture on that team where I felt valued. That first season with Devil Rays helped me to develop and fine-tune my pitching arsenal that propelled me through the rest of my career.”

Creating a culture where people feel safe enough to stretch and grow their strengths, helps everyone on the team be more innovative and successful. True in baseball and in business. As businesses become more globalized and things change at a rapid pace, creating a more inclusive and diverse workforce fosters innovation, boosts revenue and outperforms the competition.

Here’s The Pitch (with a little science thrown in)!
When you help people feel like they belong and that their uniqueness is valued, like Jim’s coaches did, you help shape a culture of success.

I learned about the science behind this when I attended a very insightful session on Diversity, put on by author and Applied Improvisation expert Kat Koppett. She told us about the Optimal Distinctiveness Theory, which proposes that individuals have two fundamental and competing human needs—the need for inclusion and the need for differentiation that can be met by membership in moderately inclusive groups.

That’s why Jim liked being called “Pegga” by his friends! Coming up with nick names is not appropriate at the office. But we can recognize when someone appears to feel like an outsider, or “different” in some way from the team. Invite them to coffee or lunch. Get to know them! Find out what their unique strengths are and make them feel like a valued member of the team. Double Dog Dare You!