Are You in a Slump? The Formula to Shake It Off! 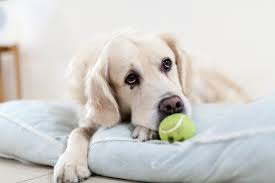 The Negative Voice in Your Head

Do you ever feel as if you don’t have your “stuff” together or you are not “feeling it?  Even if it only feels like a few minutes, those minutes can turn into days, weeks, and even longer. Why is it so hard to shake off those slumps?

Former MLB pitcher Jim Mecir was born with a club foot. Given that limitation, his dream of having a baseball career was doubtful, but he persisted and reached the big leagues and became a  well-known pitcher. Throughout his professional career, he endured numerous surgeries, setbacks and slumps. Mecir created a formula to get through tough times, which kept him in the game for 15 years. That’s what I call GRIT (some call it being resilient).

Every player finds themselves in a slump at various times during their careers. According to Mecir, more often than not, a slump is about your self-talk; you know, that negative voice in your head that won’t leave you alone. Yeah, that one. One bad inning, one bad game—that is often all it takes, and the downward spiral begins.

As an improviser, I go through slumps as well. Recently, I was in a class with some amazing young improvisers, taught by a well-respected Chicago improv teacher and performer. We were studying a form called “the Herald,” which gets… well, complicated. I’ll spare you the details. I held my own. However, on Day 6, I arrived feeling self-conscious due to something that happened the day before, and I couldn’t shake off the self-doubt.

In class I couldn’t stop “thinking.” That sounds like a good thing, but in improv, it is the opposite of what you want to be doing. To be successful at improv, we practice shutting off our inner dialogue. We must be 100% present in what is happening in the scenes and collaborate. We call this process “yes, and.”  When we “think” during a scene (we call it getting stuck in our heads). It shuts us off from the others, often ruining the scene. A few scenes like that can easily put you in an improv slump!

The Slump Comes and Goes

We all go through slumps. Often, it starts with being nervous because we stop listening and paying attention. UCLA neuroscientist, Matthew Lieberman, and his team discovered that when we get nervous, (i.e. feel intense emotions) our brain causes a temporary decrease in the IQ. This means it decreases our capacity for reasoning, problem solving and impulse control. They call it “Lymbic Hijacking.” I call it “temporarily stupid!”

What Mecir figured out… which we all can do…is to learn how to relax and turn down the volume on that negative voice, thus preventing a possible slump in the making. How? The answer is “ABC!”

Imagine 50,000 people yelling at you, goading you, hoping you are going to screw up. That was the situation Mecir often faced. He had to do his absolute best in the face of adversity, in front of massive crowds of people. In one particularly stressful game against the Seattle Mariners, he was facing Mike Cameron, knowing that future Hall of Famers, Alex Rodriguez and Edgar Martinez, were next in line to bat. His inner voice said, “You’d better get him out. Don’t walk him. You better not walk him or you’ll be in deep trouble!”

Sure enough, he walked Cameron. But then Mecir realized that his own voice was the cause of his failing, and he shut it down. He went on to strike out Rodriguez and Martinez, and they won the game.  For the rest of his career he applied what he calls his “ABC method” to be able to stay focused and not let that voice (also known as the limbic hijack) take over.

The ABC Formula to Get Out of the Slump

ASSESS how you are feeling every day. Before I started my improv class, I was feeling emotionally charged. If I had consciously acknowledged I was feeling that way, I could have used this method!

BREATHE through it. Navy Seals use the 4-7-8 method. Breathe in for the count of 4, hold it for 7, and breathe out for 8. Do this a few times. It literally calms down your body and prevents the limbic hijack.

CLEAR your head. Don’t let that voice become your worst enemy! Now that your body has calmed down, clear out those negative thoughts. One of my favorite authors, Martha Beck, calls those thoughts your “inner lizard. “She recommends patting it on the head when you have the thoughts and telling it, “I’ve got this. Go take a nap.” I named my lizard “Woody” (yes, as in Allen). Those thoughts come from the same place that tells us to brush our teeth. It SOUNDS like fact, but when it comes to opinions about ourselves, it is NOT (more about that in another story).

Mecir calls his process the “ABC’s of confidence.” I call them “valuable!” Next time you notice that negative voice, Assess, Breathe, Clear, and tell Woody, “Go take a nap.”